This is part one of a three-part series.

In the late 1990s, a consultant named David Allen created a productivity framework that changed the game. ​

Wired magazine called his methodology “A new cult for the info age.”

The Guardian said this framework “can bring order to your universe” and “Allen’s ideas are nothing short of life-changing.”

Allen’s framework is called Getting Things Done®, or GTD for short, and it has saved people thousands of hours a year.

What is Getting Things Done?

Getting Things Done®, or GTD, is a system for getting organized and staying productive.

It looks complicated. While you may think you’ll spend more time getting organized with GTD than you’ll actually spend knocking off tasks on your to-do list, it doesn’t have to be that way.

GTD’s promise is that a little time organizing up front leads to a huge amount of time back by cutting out the unnecessary, unproductive work.

But GTD doesn’t put rules around how you actually work. Instead, it focuses on how you capture the work you need to do, organize it, and focus on what needs to be done now.

What are the principles of GTD?

At its core, GTD has five steps to getting and staying organized:

That’s it! These are the basics of GTD. At its core, GTD gives you a proven method to get everything you need to remember out of your head and into a system that can remember tasks for you, organize them, and break them down into manageable subtasks.

So the next time you open up your task list, there’s mental anxiety over what you have time to tackle, or what’s most important. You spend less time thinking about what to do and more time actually working.

Remember the big picture with GTD

GTD is a process to make execution simple. By organizing and crystallizing your work, it promises to make you an execution machine.

But it’s not enough to just follow the five core steps blindly!

GTD requires you to set rituals to zoom out and see big picture. This is a chance to make sure you’re executing the right things and do maintenance of your productivity machine.

So set aside time every morning to get in touch with today’s tasks. Even better, get in the habit of a weekly review time to make sure you’re evaluating your tasks and how they map up to your goals and the big picture.

Set recurring reminders and times on the calendar to do this. These times are great to do some touch up Clarifying and Organizing to ensure you’ll get the most out of the day and week.

And that’s it! You understand the core process steps of GTD. In the upcoming parts of this series, you’ll learn how to implement a GTD setup in your Toodledo workspace with one-click, and more advanced discussion on best practices and resources to deepen your understanding of the philosophy behind GTD. 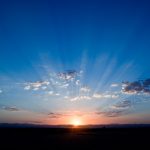